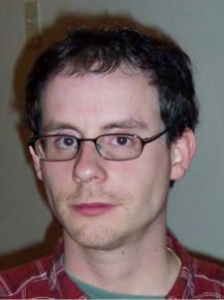 Stacy Dilenardi was 31 years of age at the time of his disappearance. He lived in Sudbury all his life and had recently moved to Sault Ste. Marie where he worked for Ontario Forest Research Center.

On the 28th of November 2005, he attended to work in the morning and was last seen at the Sewell's gas bar on Frontenac Street, Ranklin Reserve, at 1:12 p.m. where he purchased Player's Light cigarettes. Stacy was a smoker of menthol cigarettes. He was last seen wearing a beige/khaki vest with a blue sleeve sweater underneath and beige pants. He was operating his 2003 red Chevrolet Cavalier that was recovered on the 1st of December 2005 on a bush road 15 km behind Garden River First Nations Reserve.

A search took place with negative results. In May 2006, another search was conducted for 20 days where the vehicle was initially located with negative results. Stacy is described as 5'8, 155-160 lbs, thin, brown hair to his ears, balding on top, brown eyes, and glasses, and has psoriasis on his legs, arms, and back. He took medication for thyroid and depression. At times he went by his middle name "Luke" and in January 2005 he legally changed his named to Luke Dilenardi.