Submit a Tip
Tip Follow-Up
If you have any information about these crimes or any person(s) involved, you are urged to call Crime Stoppers or submit a Web Tip.

Crime Stoppers and the Greater Sudbury Police Service are seeking the public’s assistance in identifying a suspect in relation to a robbery.

At approximately 1:00 am on September 9th, police responded to a call in regard to a robbery that had just occurred.  The victim had just entered the vestibule of a building located on Keziah Court, when a male party entered the area.  The male accused proceeded to shove the victim and steal the victim’s purse.  The accused caused the victim to fall to the ground.

The incident was captured on video and the male is described as Caucasian, wearing a green hooded jacket, jeans and a ball cap.

Any information leading to the identity of this culprit would be greatly appreciated. 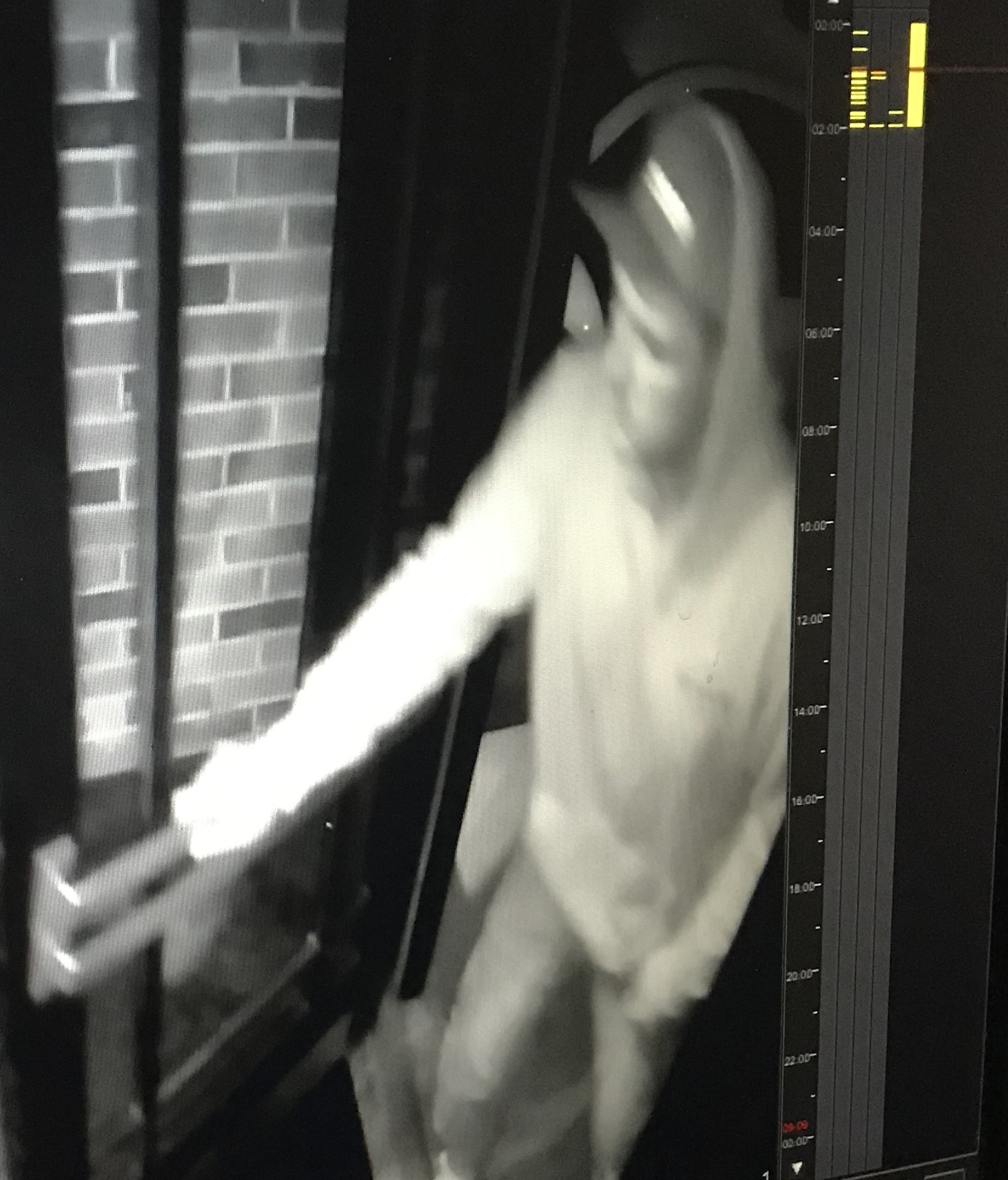 Crime Stoppers and the Sudbury OPP are seeking the public’s assistance in identifying suspects in relation to a theft of vehicle and fail to remain collision.

At approximately 1:15 am on July 11th, police were dispatched to a single vehicle rollover on Highway 144 near Geneva Lake road north of the town of Cartier.

Upon arrival, it was determined that a brown Ford F250 pickup truck had entered the northbound ditch and rolled over causing extensive damage to the vehicle.

Investigation revealed that the pickup truck was stolen from a residence on Lorne Street in Cartier.

Anyone having information about the identity of the suspect driver are asked to contact Crime Stoppers.

The value of stolen property is estimated to be approximately $25,000.

Sometime during the weekend of May 10th 2019, unknown suspects stole a 2014, black Bravo v-nose, 16ft trailer filled with tools, parts and equipment from Tatachikapika Lake Rd, 300 meters west of Highway 144.

Some of the items from inside the trailer include:

To replace the trailer and its contents would cost in excess of $65,000.

If you know who committed this crime or any other crime, call Crime Stoppers right now at 705 222-TIPS (8477) or 1-800-222-TIPS (8477), use the internet at sudburycrimestoppers.com . If your information leads to an arrest you could be eligible to earn up to $2,000 in cash.  You will remain anonymous and will not have to testify in court.  That is our promise to you, the tipster. 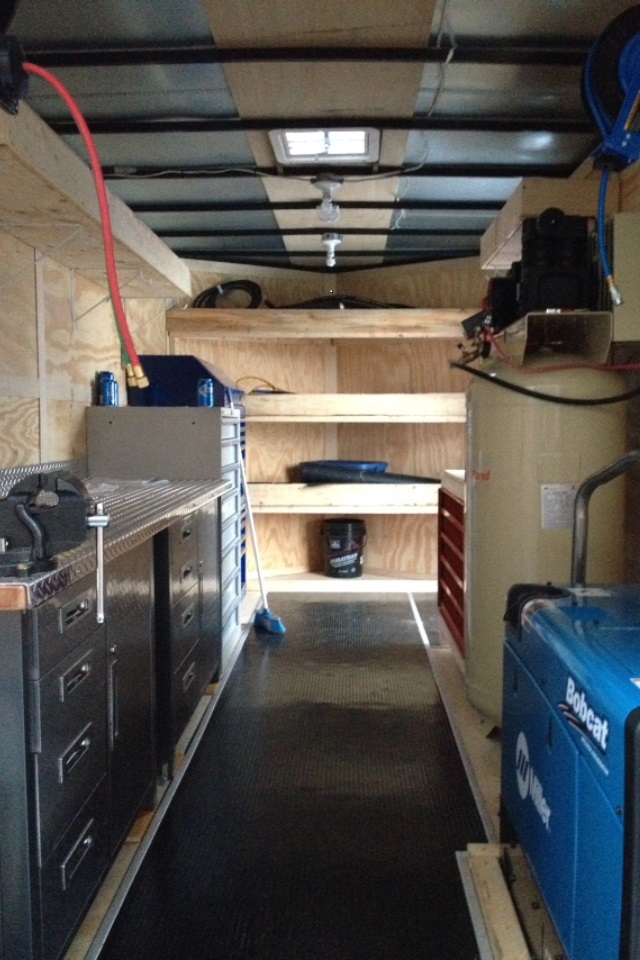 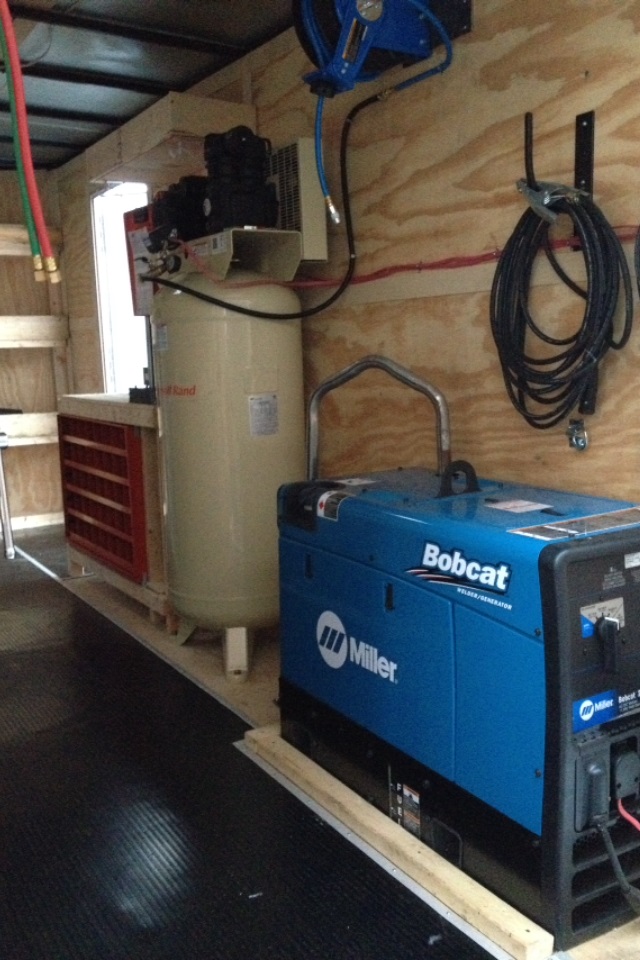 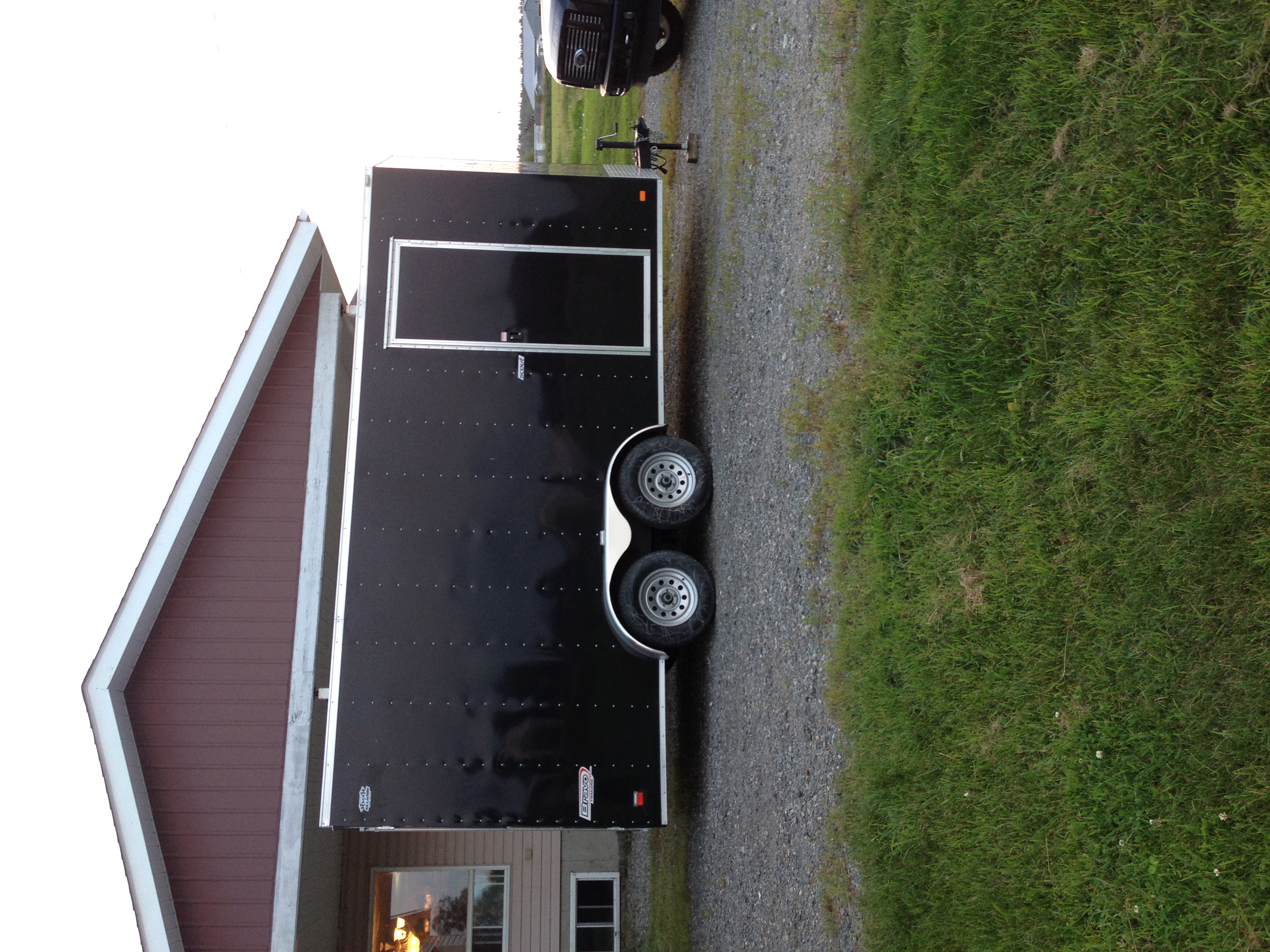 Crime Stoppers and the Sudbury OPP are seeking the public’s assistance in identifying suspects in relation to a break and enter.

Sometime between April 9th and April 10th, culprits attended a property situated on Highway 64 in the Municipality of French River and broke into a residence.

Stolen from the residence was a quantity of money, cigarettes and cigars.

The value of stolen property is estimated to be approximately $2,000

Crime Stoppers and the Greater Sudbury Police Service are seeking the public’s assistance in identifying suspect(s) in relation to a theft.

Sometime between March 31st and April 1st, culprit(s) attended a commercial establishment located on Lasalle Blvd near Auger St and stole a dump trailer.  The trailer had been parked at the back of the property and filled with waste that was covered with a tarp.  The trailer is described as a black metal dump trailer by JDJ Brand, with dual wheels. The trailer has walls about 2 feet high and had a construction sticker on the front side wall, and a storage box on the front tongue area.

The value of stolen property is estimated to be approximately $10,000

Crime Stoppers and the Espanola OPP are seeking the public’s assistance in identifying suspects in relation to a break and enter.

Between March 11th and March 12th, culprits attended a business situated on Second Avenue in Espanola and broke into a building.

Stolen from the property was a floor safe and a quantity of money.

The value of stolen property is estimated to be approximately $3,000

The Greater Sudbury Police Service and Crime Stoppers are seeking the public’s assistance in identifying a suspect with relation to a theft.

Sometime in the early hours of September 11th a vehicle was stolen and later recovered in an area of behind a store in Val Caron.  Taken from within the vehicle was a digital camera kit which included all the photos from a wedding held on September 10th.  The camera is described as a Canon 5D Mark 2 SLR digital and did have 3 additional lenses with it.   All of the new bride’s photos were on the memory card in this camera. An image of a male party attempting to use a stolen credit card associated to the vehicle has been obtained.

Any information in regard to the person of interest would be greatly appreciated.

Just before 6:30 p.m. on November 1, 2018, Police were called to a residential unit at 775 Cambrian Heights in relation to an unconscious woman. Greater Sudbury Fire Services and Paramedic Services had attended the residence after an ambulance was requested by a family member.

Upon arrival Firefighters found the condition of the woman and the appearance of the apartment to be suspicious. Officers arrived a short time later and began to investigate.

The woman was transported to hospital by Paramedics.

It was determined that valuables belonging to the woman were missing including her purse, jewelry and prescription medication.

Through the investigation it is believed that an unknown individual disguised his/her face and gained entrance to the woman’s unit sometime between 8:00 p.m. on Wednesday, October 31, 2018 and 4:00 a.m. on Thursday, November 1, 2018. Once inside the residence, the person threatened the woman leaving the residence with the various items.

The elderly woman remains in hospital in serious but stable condition after going into medical distress as a result of the incident.

Anyone with information related to this incident is asked to contact the Criminal Investigations Division by calling 705-675-9171 in relation to incident number 75633 or by calling Crime Stoppers at 705-222-8477 to remain anonymous.

Members from the East Algoma Ontario Provincial Police (OPP) detachment are investigating several thefts of diesel fuel on the Mississagi Bay Road area in the Municipality of Huron Shores.

On July 23, 2018, shortly before 9:00 a.m., police attended a logging area on Mississagi Bay Road (off of Dean Lake Road) where over 200 litres of fuel was stolen from a portable fuel tank situated at the logging landing.

Investigation determined on or about June 24, 2018, a theft of fuel at another logging site along Highway 17, west of Eastman Road near the Town of Blind River, an estimate of 300 litres of fuel was stolen from an excavator that the same logger owns.

On July 26, 2018, another report of theft of fuel was stolen from a portable fuel tank at same Mississagi Bay Road logging site.

The estimated value of the fuel is over $800.

Any person with information regarding the person(s) responsible for these thefts should immediately contact the Ontario Provincial Police at 1-888-310-1122 or their nearest police authority.

Police are requesting any information from the public in relation to a mischief in Iron Bridge.
On July 20, 2018, shortly after 10:00 a.m., members from the East Algoma Ontario Provincial Police (OPP) responded to a mischief at a property at 22189 Highway 17 (the old McCoy’s Motel) in the Village of Iron Bridge.
Investigation determined the mischief occurred between July 18, 2018 and the evening of July 19, 2018. At the property there were several vacant buildings that were observed to have spray-paint tags in pink paint and an empty can of orange paint that was left behind.
The estimated damage is $500.
Any person with information regarding the person(s) responsible for this mischief should immediately contact the Ontario Provincial Police at 1-888-310-1122 or their nearest police authority.
Should you wish to remain anonymous, you may call Crime Stoppers at 705-222-TIPS (8477) or long distance at 1-800-222-8477 or submit information online at www.tipsubmit.com where you may be eligible to receive a cash reward of up to $2000.
Sudbury Rainbow Crime Stoppers
Navigate360 © 2022 All Rights Reserved